Matthew B. Palmer
Marnell A. Cooper 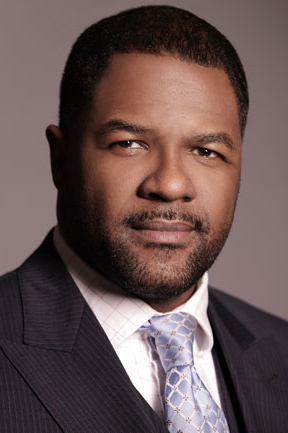 Marnell A. Cooper has unique legal experience to represent both individuals and companies in litigation and business. Mr. Cooper has represented clients in the courts of seven counties within Maryland, as well as the United States District Court. In addition, he routinely negotiates agreements on behalf of his clients who are performing services or providing products around the globe, in countries like France, Dubai, India and Indonesia.

Mr. Cooper advises a US based company engaged in advising corporations in the US and Europe seeking to sell services and products in the Middle East and Africa. Mr. Cooper’s time is spent on strategic planning issues for the company, along with providing counsel on corporate governance. Mr. Cooper travels to countries with his client to meet and negotiate with high level government officials and corporate executives on sensitive matters involving trade and diplomacy. Mr. Cooper assisted his client in securing a multi-million dollar contract to represent a global energy company that included engaging a high profile government relations firm in Washington, DC. In addition, Mr. Cooper advises other US based companies in executive compensation agreements and music licensing and distribution agreements. Mr. Cooper has been Legal Counsel for a US trade delegation to the Republic of Turkey that included the participation of a sitting US Congressman and several US businesses.

Mr. Cooper has been recognized for his commitment in the legal community. The University of Maryland School of Law awarded Mr. Cooper its inaugural “Rising Star Award” that recognizes a recent graduate (within 10 years) whose exemplary contributions to service and leadership, either professionally or at the School of Law, has brought credit to the graduate and the institution. Mr. Cooper has also been recognized as a 2010 Super Lawyers Rising Star, whereby peers nominate the best attorneys in the State of Maryland who are 40 or under, or who have been practicing for 10 years or less. No more than 2.5 percent of the lawyers in a state are named to the Super Lawyers list.

Mr. Cooper resides in Baltimore City with his family and participates in several community activities in support of Baltimore City.

U.S. District Court for the District
of Maryland

President of the Board, Board of Directors,
Fuel Fund of Maryland, 2009-present

Member of the Board, Board of Directors,
Fuel Fund of Maryland, 2003-present

Order of the Barristers, University of Maryland School of Law, 2002